This emblematic Andorran installation was originally constructed in 1991 but was renovated in 2014 to increase its capacity to 5,000 spectators.  Undoubtedly the largest indoor sporting facility in this small Pyrenean country, it is situated close to the centre of capital Andorra la Vella.

The Poliesportiu d’Andorra is one of a series of sporting buildings known together as the MIGC, which also features a rugby ground and a second multi-functional sports hall.

Básquet Andorra is based here for its games in the ACB Basketball League. 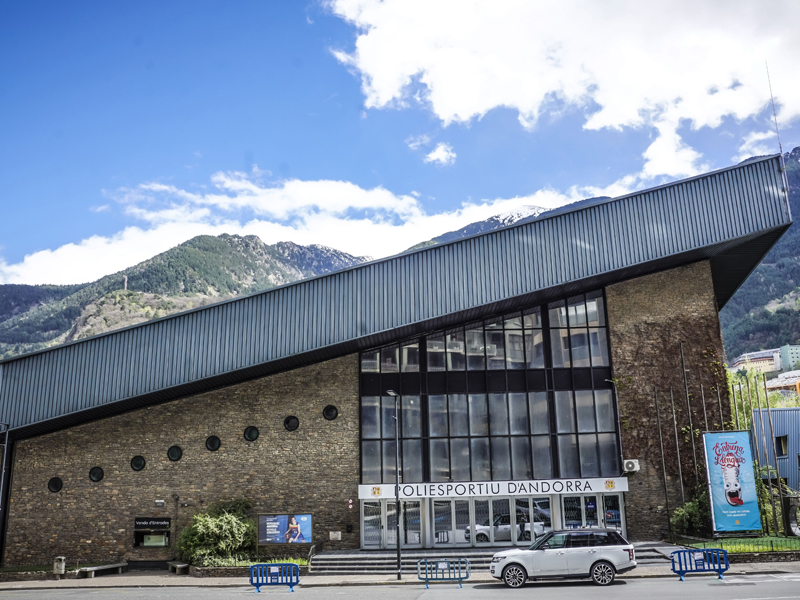