Just as in 2019, the visit to Andorra’s capital will close the World Championship calendar in 2022.  The Poliesportiu d’Andorra hosts the world’s best this Saturday 8th October, with what is sure to be a spectacular end-of-season party.

Toni Bou (Repsol Honda Trial Team) will have the opportunity to celebrate his sixteenth X-Trial world title in the principality where he lives; fans are also expected to travel across the borders from Spain and France to join the Andorran fans for Bou’s home Round.  Keen to finish with a flourish, Bou will be out to extend an unbeaten run that stretches back no less than fifteen X-Trials to 2019, when Adam Raga (TRRS) pipped his great rival at X-Trial Barcelona.  Raga is set to confirm his eleventh runner-up ranking at X-Trial Andorra la Vella this weekend.

In terms of the 2022 Championship, the bronze medal will be the most closely contested, as Matteo Grattarola (Beta) hopes to defend an eight-point lead over Jaime Busto (Vertigo).

No less than five different riders have made an X-Trial podium in four previous Rounds, including Gabriel Marcelli (Repsol Honda Trial Team) and Toby Martyn (TRRS) who are locked level in the battle for fifth overall, with Benoit Bincaz (Gas Gas) just two points behind and Sondre Haga (Beta) five points back.

Six demanding sections will separate the eight men on the night, with fans brought right up close to the action in an intimate arena where every stand is close to the arena floor.

At the end of the evening, the World Championship podium ceremony will follow the night’s rostrum, with Toni Bou officially proclaimed X-Trial World Champion for 2022.

There is still time to get your ticket at www.sporticket.es  or to buy your pass to see X-Trial Andorra la Vella live through www.x-trial.tv 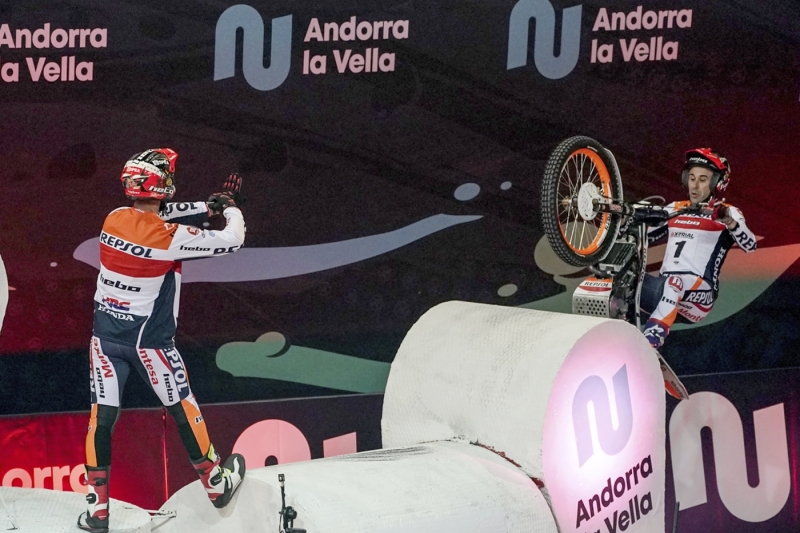