Formerly known as the Bordeaux Métropole Arena, the Arkea Arena is located in Floirac, a commune on the outskirts of Bordeaux.  Construction of the venue began in April 2016, and it was inaugurated in 2018 with a Depeche Mode concert attended by 11,000 spectators.

That figure was only 300 short of the venue’s absolute capacity, although in its most intimate configuration it seats 2,500, and its standard layout is for 8,000.

Following Depeche Mode, the likes of Imagine Dragons, Shakira, Mark Knopler and Mariah Carey have trodden the boards of the arena.  Now X-Trial Bordeaux will widen the city’s offer of international sporting events. 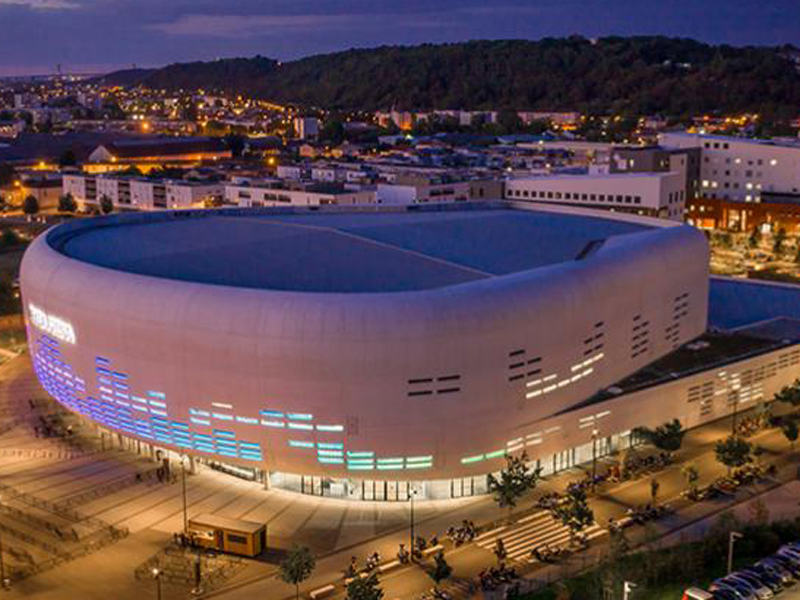