Media appearance for Bou in Budapest

Toni Bou has visited Budapest to get to know the scene of what will be the final round of the X-Trial World Championship in 2018, the X-Trial Budapest scheduled for 29th March.

Throughout the day, the world X-Trial star has been the focus of various media activities related to the promotion of the event; the highlight has been his live appearance of Hungarian national television station Magyar TV, as part of the channel's most-viewed news programme and alongside Hungarian Motorsport Federation President Henrik Hermann.

Prior to this appearance, the Repsol Montesa Honda rider took part in an exhibition in front of the Budapest Sports Arena, which will host the final round of the X-Trial World Championship season, and attended representatives of fifteen media networks who showed a great deal of interest in both the event and the discipline's all-time greatest Champion.

Bou described his experience in the hungarian capital: "It has been a very enjoyable day, and I was impressed by the interest that the city's media showed in the event that will take place here at the end of March.  The prime-time interview on national television also reflects that.  Budapest is one of the great European capitals, and the fact that X-Trial has made it here is good news for everyone related to the discipline.  This is without a doubt the right path for the sport's future growth." 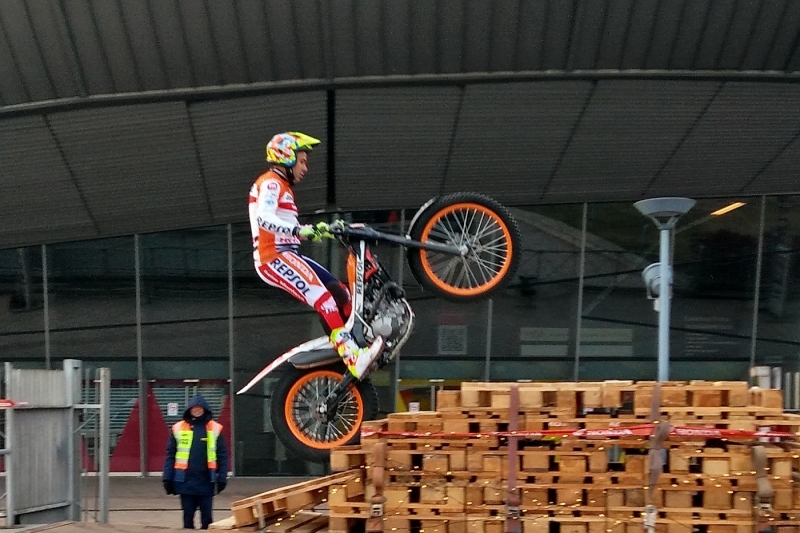 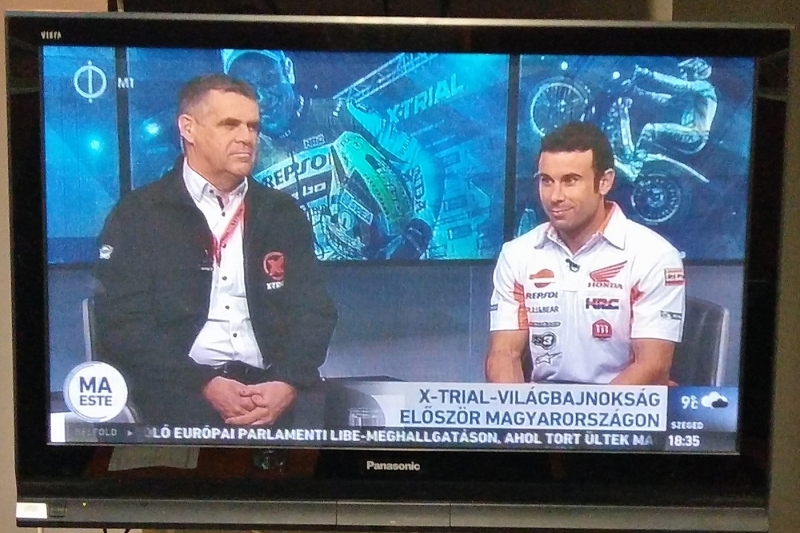 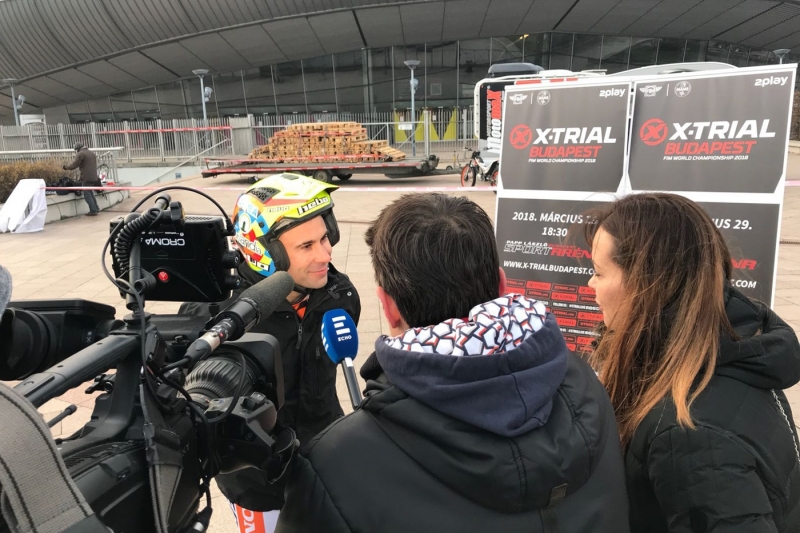